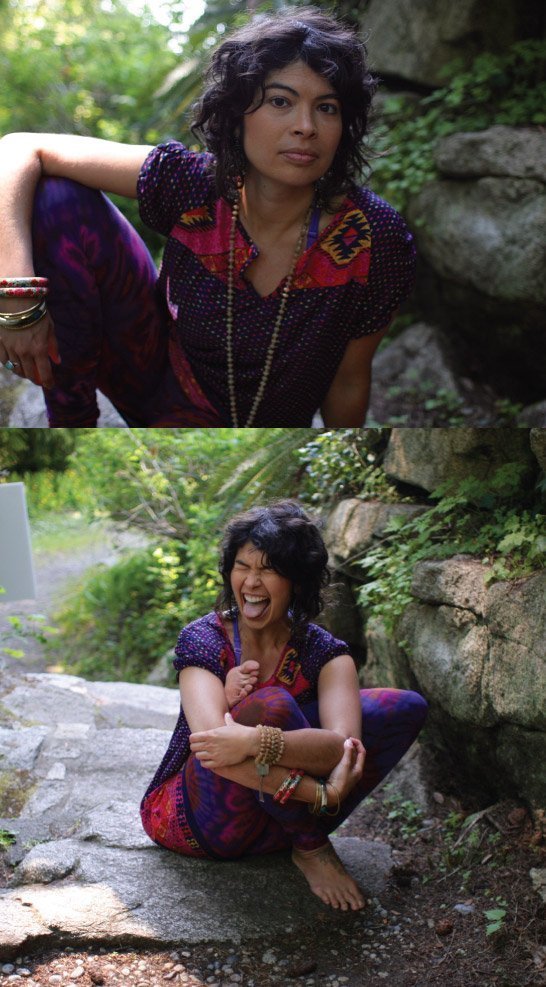 | Yogini
| Seeker of the Sacred
| Facilitator of conscious movement

Clara has always found movement to be a way to commune with the divine. She came to the yoga practice from a dance background. Vinyasa yoga had all the components she loved about dance: form with space for your own expression. She started practicing regularly at Jivamukti in 1999. Clara got certified at Sonic Yoga NY in 2003 and began teaching full-time shortly thereafter. She moved out of New York in 2006 and landed in Vancouver BC at the beginning of its yoga scene that is now strong in its presence. Clara brought a different flavor of vinyasa to the Vancouver scene and is known as a teacher’s teacher.

Clara completed her 300-hour with the Samudra School led by Shiva Rea in 2012. She has been leading retreats, workshops and yoga teacher trainings worldwide for the last 7 years. She has had the honor to teach at the Whistler Yoga Conference, Wanderlust Whistler, Northwest Yoga Conference and the Pacific Yoga Festival. Clara was on faculty at Sonic Yoga for their 200-hour vinyasa yoga teacher training in 2006 and has been on the 300-hour faculty of Semperviva Yoga since 2008. In 2013, she created her own school, Lila School of Vinyasa Yoga and has been leading her own 200 and 300-hour programs internationally with the help of Shiv Oss, Paul Ochoa and Erin Moon.

In 2019, Clara launched her online video streaming site, Practice with Clara and started a podcast with her right-hand woman, Stephanie Trembath.

Clara found one of her most influential teachers Shiva Rea thanks to her mentor Lauren Hanna in 2003 and has been part of the Prana Flow family since then. Shiva’s philosophy of honoring the fluid within by moving like water felt so natural. Her devotion to the roots of this ancient tradition inspires Clara and reminds her that every breath is sacred. Stacey Brass, owner of Yoga Maya, has always had a strong influence on her teaching. Stacey’s intelligent sequencing, direct language and the ability of being so genuinely herself on and off the mat inspired Clara in her own practice and teaching to be more honest and real.Clara humbly bows to the other teachers she has met along the way. Her first teacher of Kundalini yoga at Hunter College, Mary Flinn. Uma Saraswati for making her heart sing. Dana Flynn for breaking all the rules and inspiring her to do the same. Louis Etting for demonstrating the power of simplicity. Rod Stryker for illuminating the sutras and sharing his passion for Tantra. Ana Forrest for her fierce compassion. Daniel Odier for sharing his embodied teachings and Paul Ortega for reminding me that we are all the cosmic dancer.