Born between 1310 and 1325, Shamseddin Mohammad was a Persian poet known by Hafiz or Hafez’s pen name. Some claim that this name was given to him because he had memorized the Quran in 14 ways. Persian-speaking households have the poetry of Hafiz in their homes, and many of them have memorized his poems and used the verses as proverbs. He was the most loved and influential poet of the century. Even today, he is regarded as one of the seven literary wonders. Emerson said about Hafiz that “Hafiz is a poet for poets. He had such a huge impact on the literary world that even Sherlock Holmes quotes his verse.”

Hafiz’s style was lyrical or ghazal, which is a style used to express ecstasy in mystical love poems. In his poems, he expressed faith, religious hypocrisy and spiritual romanticism. After his death, a lot of stories were made about his life. It is said that he learned the Quran by listening to his father recite it. Later, at a very young age, he also memorized the work of Saadi, who was his inspiration, Farid, Rumi and Nizami.

A tradition narrates that he used to work at a bakery while under the mentorship of Hajji Zayn al-attar, his Sufi master. At the bakery, he saw Shak-e-Nabat, a beautiful and wealthy woman. It is said that some of Hafiz’s poems are addressed to her. William Jones translated his work from Persian to English in 1771, inspiring many Western writers like Goethe, Thoreau and Ralph Waldo Emerson. Such great is his influence that Iran celebrated October 12th as Hafiz Day.

Today, Iranian and Afghani music is inspired by his poems. Still, translators and interpreters are not certain about the meaning of his poetry. While some say it is lyrical, others find mysticism in it. Wheeler Thackston explains this by saying that the poet” sang a rare blend of human and mystic love so balanced… that it is impossible to separate one from the other”. Today, many people find solace in his words and get memorized by the depth of these verses and how they can resonate so closely with his poetry. All the Hemispheres is a beautiful poem by Hafiz, translated into English by Daniel Ladinsky.

Leave the familiar for a while.
Let your senses and bodies stretch out

Like a welcomed season
Onto the meadows and shores and hills.

Open up to the Roof.
Make a new water-mark on your excitement
And love.

Like a blooming night flower,
Bestow your vital fragrance of happiness
And giving

Upon our intimate assembly.

Change rooms in your mind for a day.

All the hemispheres in existence
Lie beside an equator
In your heart.

Greet Yourself
In your thousand other forms
As you mount the hidden tide and travel
Back home.

All the hemispheres in heaven
Are sitting around a fire
Chatting

While stitching themselves together
Into the Great Circle inside of
You.

From: ‘The Subject Tonight is Love’
Translated by Daniel Ladinsky

Join a LIVE Yoga Class on the
Practice With Clara Apps

Join us on the Practice with Clara Apps for a 30-minute Lila Flow Yoga class at 9 AM PST.

The Lila Wellness Summit LIVE Q&A is after the yoga class at 9:30 AM PST and will be hosted on Zoom for participants to ask questions of our guest speaker!

The Zoom link for the LIVE Q&A will be posted in the chatbox after the LIVE yoga class in the Practice with Clara apps.

To Unfurling In Our Own Time

No spam, notifications only about new products, updates.
PrevPreviousWhat Do You Choose Today?
NextOpen to the PossibilitiesNext
On Key

Hello, friends! I am unlocking. A friend sent me a satellite emoji in our text chat today, explaining that this describes where she is right

Hello, friends! Here’s my manifestation of May – Into May we go! May we move from our creative force (Shakti). May we divine from our

To Unfurling In Our Own Time

Hello, friends! Welcome to the end. The end of this month’s challenge — the obvious one — ENERGIZE. I don’t always think out why I 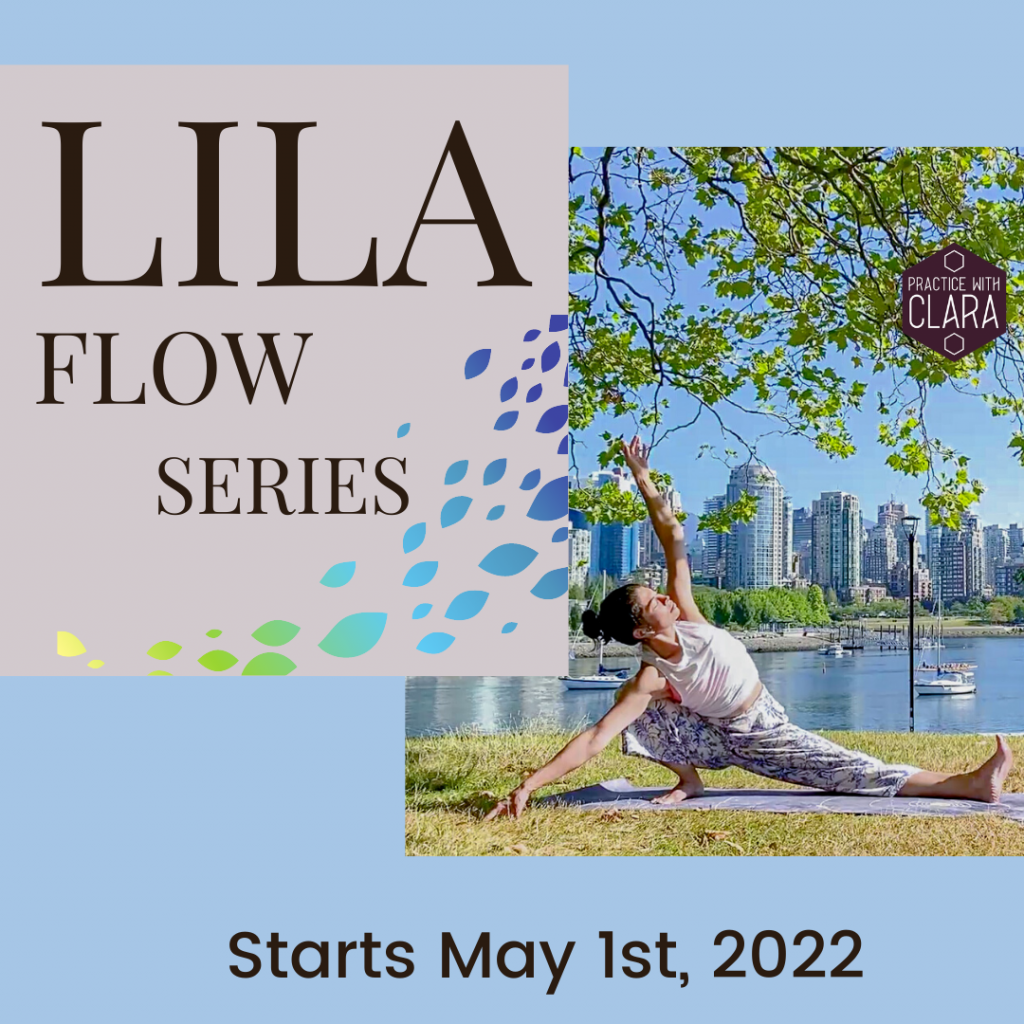 Full-body yoga classes that get you moving in 30-minutes! 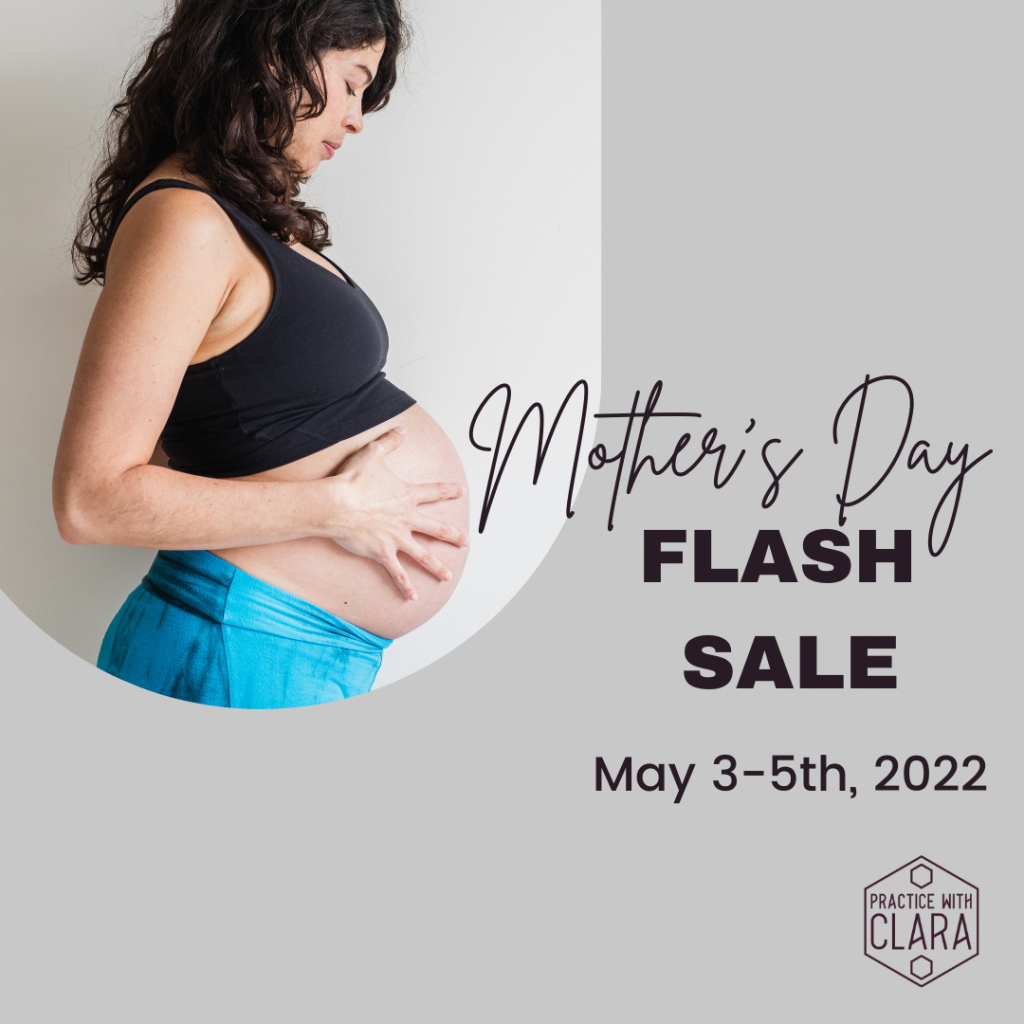 A Gift for the Mothers, Lovers, Friends

Save 20% on Annual Memberships