To sing means to use the soul-voice. It means to say on the breath the truth of one’s power and one’s need, to breathe soul over the thing that is ailing or in need of restoration.

Hello, fellow friends on the path,

As we enter the last week of the challenge, we are shifting into the final layer of the cosmos: the world of the self and home of the individual.  In today’s Live class, I will share a Mexican myth told by Clarissa Pinkola Estes in her phenomenal book, Women Who Run with the Wolves. The above quote inspires and reminds me that we can channel our soul through our voices to heal ourselves. May we remember that through breath and intention, we can connect to our power!

The yoga challenges are an invitation to take care of yourself and show up for a few minutes each day to honor a ritual that makes you feel grounded and calm. Yoga is one of the vehicles on the road to self-awareness; it is a tool to help us hear the voice within.

I hope you’re enjoying the month of movement and making space to reflect on all the ways you interact with the inner and outer worlds.

Yoga isn’t what you do on your mat; it’s a mindset. It’s a way of being with the world. It’s a practice of compassion for self that resonates and radiates out into the world with all living beings.

The best way to extend kindness to others is to develop a practice of compassion towards ourselves. When we take care of ourselves, we feel better, and we’re better able to be of service and tend to those around us.

Rituals and habits that help you take better care of yourself also act as an anchor on the days when we experience disruptions, such as chaos at work, over-tired children, inclement weather, or an argument with a loved one.

Ways we take care of ourselves:

A big thank you to all of you who’ve participated and shared your process on the Apps or Facebook Group. It has been a joy to read and share this experience with you!

Here’s what’s coming up at PWC:

·  Fill out this survey to be entered to win the giveaway if you completed the month of yoga.

·  We have a final LIVE class of the month on Wednesday, March 28th, at noon PST.

·  The Class of the Day playlist will be LIVE Saturday, May 1st, for those of you who want to keep with a daily ritual of yoga.

· We’re launching a Morning Yoga Series in May with 20-minute energizing classes to fire up your day!

Details for the upcoming LIVE classes: 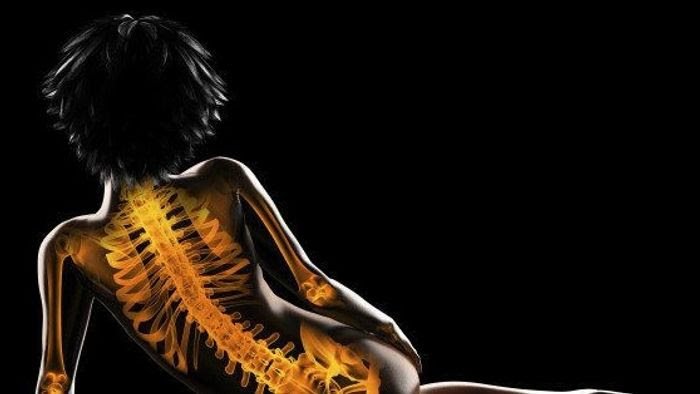 Here’s the info on SATURDAY’S class:

Our last myth comes from Mexico. It is a story of death, initiation, and rebirth. The myth is of the Bone Women or as Clarissa Pinkola-Estes names her, Wolf Woman.

The asana/physical part of the class will peak at Birds of Paradise which is a standing leg balance, hip opener, and twist.

We’ll be opening inner thighs, hamstrings, chest, and shoulders. We will be strengthening the legs, back, and core.

Here’s the info on WEDNESDAY’S class:

Join Clara for a 30-minute restorative practice to help relax and soften the body.

Restorative yoga is a form of conscious rest. When we rest while still awake, we have the ability to go into a meditative state.

Let’s take a quick break from the To-Do lists and connect to that which is not seen, but felt. 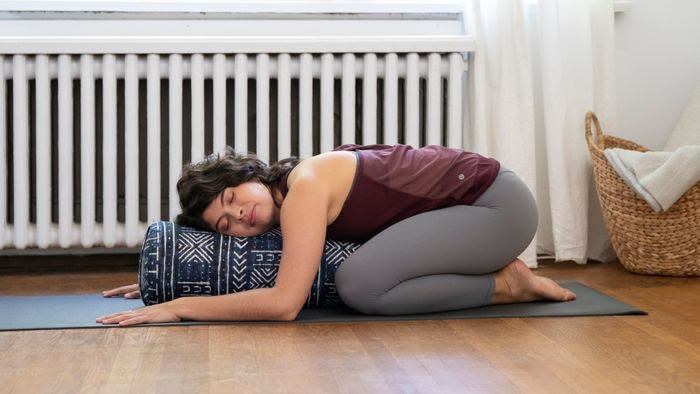 For your Seva this week, we invite you to examine how you show up for yourself and all the ways you might treat yourself with loving kindness.

Our partners for the challenge, Woodlot and Joiful Masks are brands from Vancouver, BC, that create products and rituals for you to enjoy.

CLASS OF THE DAY PLAYLIST

Get your calendar for the Class of the Day playlist for May! We’ve created another month of classes for you to do with plenty of options depending on your preferred class level, style, and length. 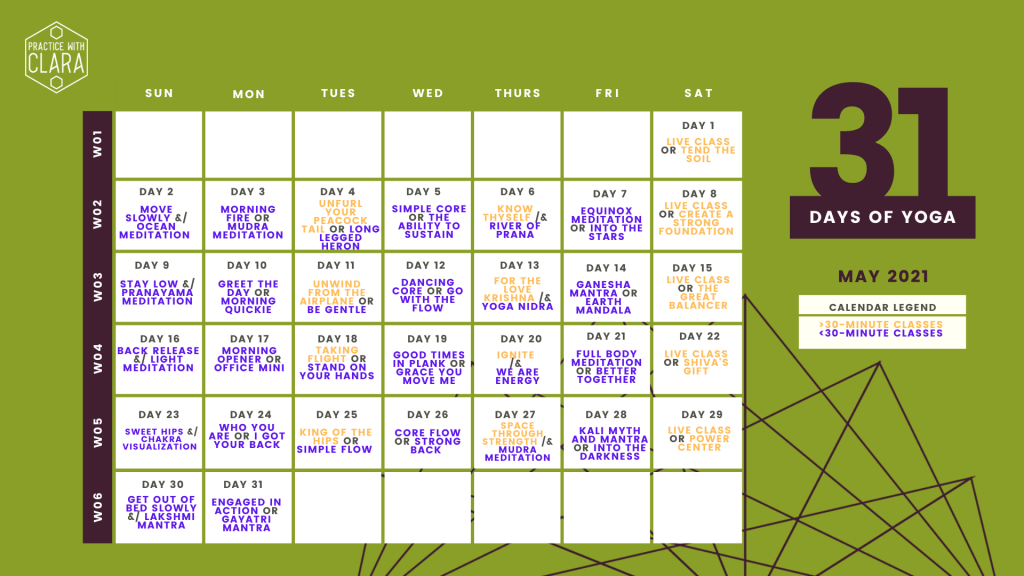 Self-Reflection on the Energies Within:
How the Hindu Deities Relate to Individual and Collective Consciousness

The Gods and Goddesses of the Hindu Pantheon are symbolic of the energies present in our inner and outer worlds. Each God and Goddess represent characteristics and qualities of human behavior and exemplify various elements and stages of human culture.

Deities are often used as a theme to anchor yoga classes and meditations. By moving, meditating, or reflecting on a particular God/Goddess, we channel the necessary or lacking qualities within that deity we hope to embody.

The Hindu deities express masculine and feminine qualities and express a shadow side, unlike the Gods and Goddesses of other cultures. The deities’ stories are a way to explore the values of Hinduism and demonstrate ways to be in the world and achieve enlightenment.

Durga Maa is known as the Mother Goddess or the Goddess of Protection and Strength. Durga rides a lion or tiger and carries various weapons in her eight hands to destroy human forces such as jealousy, greed, hatred, and prejudice.

Lord Brahma is the God of Creation and Knowledge. Brahma is shown with four hands representing unique aspects of the human personality: the mind, intellect, ego, and consciousness.

Consort to Brahma, Sita is the Goddess of Undying Devotion. Sita represents fidelity, loyalty, sacred marriage, and surrender. Sita is often depicted sitting beside Rama or in the forest; she symbolizes empathy with suffering and non-violent resistance.

Vishnu is the Sustainer and Lord of Preservation as he adheres to principles of order, support, and truth. In many depictions of the god, Vishnu takes his seat upon a coiled snake to illustrate how to remain at peace in the face of turmoil.

Parvati is the Goddess of sacred marriage and consort to Shiva. Through Parvati, we discover the power of partnership, commitment, willpower, and devotion to the divine. Parvati is the force of creative action and uniting the masculine and feminine qualities within the self.

Krishna is the embodiment of love and compassion; he is a role model for all as he embraces joy despite experiencing pain and hardship. Playful and compassionate, Krishna is loved by all and is celebrated most famously for his role as Arjuna’s charioteer in The Bhagavad Gita.

Goddess of Language, Knowledge, and Insight, Saraswati is the muse of creativity and creation. Divorcee to Brahma and Vishnu, Saraswati symbolizes the dedication to one’s craft and embody’s themes such as music, intuition, speech, technology, and spiritual discrimination.

Rama is a King and husband to Sita. Rama is the God of Virtue and Fortitude. He carries a bow and arrow in many depictions to represent his combat against evil to protect righteousness. Rama is one of eight incarnates of Lord Vishnu.

Lakshmi is the Goddess of Abundance and Beauty. Symbolic of fertility, wealth, and generosity, Lakshmi appears as the energy of balance in giving and receiving. The shadow side of Lakshmi binds us to material goods and distracts us from our deeper, intrinsic values.

Ganesha is the God of good fortune; one would pray to Ganesha when starting a new project or venture. The remover of obstacles, Ganesha is a trickster in that he also places obstacles in our path to teach us a lesson or widen our perspective.

Shiva is the Lord of Destruction. Typically seen deep in meditation or out on the battlefield, we call upon Shiva’s energy when we want to shift from one state to another and transform our inner world or outer surroundings.

Kali is the Goddess of Revolution, also known as the Dark Mother. Kali’s Shakti energy transcends and liberates; she is the dissolver of outworn structures and symbolizes radical purification and destruction. Kali is depicted wearing a necklace of human skulls and a skirt of human arms.