You carry Mother Earth within you. She is not outside of you. Mother Earth is not just your environment. In that insight of inter-being, it is possible to have real communication with the Earth, which is the highest form of prayer.

Hello, fellow friends on the path,

We’re heading into week two of the 30-Day Challenge, which means we’re shifting our focus from the cosmos to the earth. With that, we invite you to examine all the ways we nourish and nurture Mama Earth.

Some cool facts to consider:

To geek out even more on these fun facts, click here.

If you’re participating in the month of Seva, in the 50 Simple Acts booklet, you’ll see some of the ways we’re encouraging participants to give back to Mama Earth. Reducing our carbon footprint and examining how our actions impact the environment and all living beings on the planet is one way we send and receive compassion.

Questions for you to consider:

This Saturday’s class was inspired by a creation myth I read in Braiding Sweet Grass.

A big thank you to all who recommended books a few months back in the FB group – I’m plowing through the list and enjoying the broad range!!

Sending love and a virtual hug,
Clara & the team. This week’s creation myth comes to us from the First Nation communities of North America, specifically the North East.

We will begin the class with the myth of Turtle Island, then move into an open level vinyasa practice moving towards the forward fold & hip opener, turtle, kurmasana.

The physical practice will focus on opening the inner thighs, hamstrings, upper back.

Join Clara for a 30-minute Hatha practice focused on opening all sides of the pelvis while moving through a sequence inspired by Shiva Rea’s mandala namaskars.

Great for after a run, bike ride, or a day of sitting. 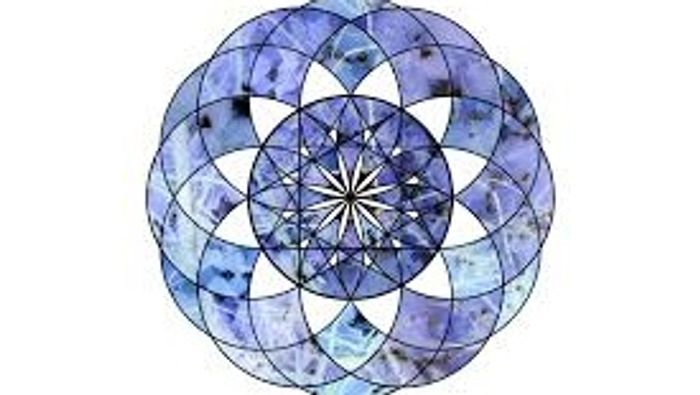 For your Seva this week, we invite you to examine the products you use daily and consider how they impact the planet we share.

Two of our partners for the challenge, Tru Earth and Supported Soul, feature eco-friendly, biodegradable products to reduce our ecological footprint.

Cosmic Influence of the Planets
(According to Astronomers & Astrologers)

The Greeks derived the word ‘planet’ from ‘planetes,’ which translates as ‘wanderer.’ Before 1543, when Nicolaus Copernicus produced the theory that the Earth and all planets revolve around the sun, the Earth was believed to be the center of the universe.

With advancements in technology, we’ve more data and details to enhance our understanding of outer space and how the Earth relates to the neighboring planets, stars, moons, and atmospheres.

In astronomy, there are eight planets. This consideration is based on mass and atmospheric gases. In astrology, there are ten planets. Astrology uses the planets as symbols of the different qualities and driving characteristics that govern various aspects of our lives. Each planet rules with unique energies, directives, interests, shadows, and values.

The ten planets used in astrology include the seven planets considered by astronomers plus Pluto. The sun and the moon are known as the luminary planets. Earth is not considered as one of the governing planets in astrology as humans live on Earth. Astrology studies the movement of planets and how they affect our lives, and because we live on Earth, it cannot be considered.

The ten planets of astrology make up the 12 Houses of the Zodiac. To know how the planets affect us and events on Earth depends on where they’re located in the zodiac at any given point in time.

Here’s how it works: as the planets move, they orbit through the different zodiac constellations. A natal chart expresses where each of the planets were located when you were born. Understanding the planetary influence over the zodiac is one lens to examine how you interact with the world and express energy.

☄︎ The Symbols and Characteristics
of the Ten Planets of Astrology ☄︎

The sun represents our ego. As the center of the universe, it represents the core of who we are and our conscious mind. The sun is the driving force and light behind our personalities and reflects what gives life to the world around us. Sun signs are the most commonly known of the zodiac as it captures our passions, inner motives, and ultimate desires. The sun represents a more solar, active, masculine energy and is expressed in our public personas. Leo’s, ruled by the sun, love being in the spotlight and sharing their gifts with all those around them.

The moon is our inner world. How we process emotions and intuit events is linked to the energy of the moon. The moon represents the private side of ourselves, the inner and hidden realms we explore alone. Moon energy is feminine, receptive, soft, and empathetic. The moon may also present the shadow side of ourselves that we do not want or allow others to see. Cancer’s ruled by the moon are often very in touch with their emotions and attune with ease to others’ feelings.

Named for the Roman messenger god, Mercury affects how we communicate, express ideas, and reason. How we transmit, process, and assimilate information is affected by Mercury, which is why Mercury in Retrograde disrupts the flow of information and throws everything off-kilter. Gemini and Virgo, as ruled by Mercury, are intellectually sharp, witty, and capable of carrying on in diverse social groups and relationships.

Named for the Roman goddess of beauty and love, Venus reminds us to exalt in the world’s aesthetic pleasures through sound, touch, taste, sight, and smell. Luxuriating in romantic relationships and sensual pleasures is the typical style of Taureans and Libras. This planet also manages our finances and material possessions and how they relate to our values.

Mars represents raw, passionate, determined energy; those with mars in their chart are natural-born leaders. Named for the god of war, Mars shows us how to pursue our wildest dreams and aspire to goals others wouldn’t dare leap for. Mars is our inner, primal instinct; it screams loud and clear from the depths of our bellies to tell us when, where, and how to act. Aries ruled by mars have the potential to become great and fearless leaders.

The largest of all the planets, Jupiter, is the symbol of abundance and growth. Sagittarians with Jupiter in their chart are naturally lucky, prone to take risks others wouldn’t, and typically herald good fortune for their efforts! Jupiter also represents healing and expresses the contraction and expansion that occur when we push past our comfort zone and test new boundaries.

Saturn is most widely known for the Saturn Return that occurs for individuals in their late twenties. Saturn Return refers to the moment when Saturn completes its cycles around the sun and arrives in the exact place in the sky that it was when you were born. Saturn is the disciplinarian. Setting boundaries, maturation, responsibility, and questioning one’s motives are the general themes for Saturn’s energy. Capricorns ruled by Saturn might use this hard-edge energy to pursue challenging aspirations and develop their higher self.

Uranus is known as the Awakener for its ability to shake things up and invent new modes of power. This planet presents us with the unusual, the absurd, and the chaotic; riots and revolution occur through Uranus. Aquarians ruled by Uranus energy are quick-witted, inventive, direct, and utterly unique; you might call them the mad scientist.

Neptune was the god of the sea, so it’s only natural that this planet governs Pisces. Neptune guides the world’s more subtle forces that diminish the ego and other superficial boundaries associated with dreams, intuition, and mystery. Neptune seeks and leads the individual toward fantasy; it’s the planet of escapism and exploring spiritual depths. Pisces are known for being dreamy and super sensitive to things others do not experience, which is Neptune’s influence.

Pluto represents the depths of the subconscious and hidden desires. Named for the god of the underworld, Pluto also symbolizes the power of transformation, regeneration and helps individuals shift their perspective to see events or themselves in a new light. Scorpios ruled by Pluto likely experience things in extremes; balancing light with dark, birth with death, and being an individual with joining the collective.

In this morning’s live class I pulled an Osho Ta

We are midway through Shadow School 30-Day Yoga Ch

We are conduits for energy and ideas. 👐🏼 Tea

This week you find me in a funny spot. I'm super e

Hello Monday! I just wanted to share a few announ

Do you ever say something out loud and it surprise

FAMILY!⁠ ⁠ School is going into session next w

Welcome to my favorite time of year – the fall equ

“Instead of worrying about what you cannot contr