When you think of a yoga playlist, some soothing, slow songs come to your mind. But it does not always have to be this way. Sometimes, the yoga playlist is quite upbeat and might have some funky songs. The variation in songs is suitable for different kinds of yoga. Commonly, yoga songs are instrumental or are taken from Indian traditional practices. A lot of ethnic music and natural sounds are present in yoga music as they are very easy to synch to. Also, these beats and music patterns are quite steady so you can do repetitive movements.

Whichever music you choose for yoga is your own choice. Depending on which kind of yoga you like to do, you can choose the songs that you like. Some people can easily meditate with sounds of nature or instruments in the background while others need to listen to words in order to center their thoughts in their yoga practice. A faster-paced yoga would require faster songs while yoga done for meditation will require slow, soothing music that sounds relaxing to the ears.

There is no rule that all yoga music must be somber. It can be upbeat too, depending on which moves you are doing. Some yogis like to do their exercise to fast-paced music. The best part about this kind of yoga is that it allows you to transition from one pose to another. Most of the times, this fast-paced music is contemporary and has tabla beats in it. Also, New Age music is present in such playlists as this music s very vibrant and fills the yogis with energy.

A genre that is normally present in upbeat playlists is House music. It is a genre that is popular with disc jockeys and electronic dance music. It came into being in 1980s and since then, it has become a popular music genre in clubs. House music is a combination of different genres such as pop, rap, jazz and Latin music. Coming from New York, this is a music started by DJs. Nowadays, it is used in different yoga playlists by yogis who like to do fast-paced movements. Back in the day, it was a symbolic song for black LGBT community in America but now it is a mainstream music genre. Our March playlist has a lot of House tracks that you can use for doing yoga. There are songs from artists like Jill Scott, New Funky Generation and Daft Punk. These artists are popular for their music and you would love to sway to their music beats.

Day 13 - Space Through Strength 🧩 I am very fle

Day 11 - Stay Low I shot this video 2 months after

Day 9 - Dancing Shiva I am happy even before I hav

Day 6 - Grace You Move Me I shot this prenatal cla

Day 3 - We are energy 💥 Sometimes my practice i 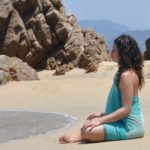