Wisdom cannot be imparted. Wisdom that a wise man attempts to impart always sounds like foolishness to someone else … Knowledge can be communicated, but not wisdom. One can find it, live it, do wonders through it, but one cannot communicate and teach it.

In late fall 2017, and at the zenith of my period as a vegan, I visited New York for a 75-hour yoga immersion. I was brimming with excitement at the opportunity to trace the history of the lineage of a yoga I taught, meet the teachers who instructed some of my teachers, and spend ten days soaking up the wisdom of my elders. Full of the whimsy and wishes of the young, I was prepared to give my total attention in body and mind over to what was essentially two strangers. Upon my arrival I felt welcomed and easily made friends, bonding with like-minded yogis who sought existential sagacity and guidance. The training was broken up with periods of yoga asana practice, philosophy discussion of the Yoga Sutra’s, kirtan, and group discussion. Periodically, the issue of animal rights and environmental sustainability would come up with the fervent urgings of our hosts to practice veganism.  A sympathetic listener in my current state as vegan, and one who’s been vegetarian for decades, I felt like I was being force-fed a discourse that was starting to sound preachy and a bit judgemental. In the middle of asana practice veganism would come up again and again, completely incongruous within the context and as the days wore on, redundant in delivery. At the end of the immersion, full of a refreshed vigor with all I’d learned, I felt the briefest simmerings of disillusion in my experience.

In my fanatical ability to honor my teachers and respect those who’ve walked before me, I gave up a small piece of my own inner wisdom. As the topic of veganism was pushed and overly presented, I became aware of how each person may have their own agenda and belief system; an agenda that I could question. My disillusion allowed me to see the pedestal I’d constructed for my teachers, a position that made me subordinate in my eyes in wisdom, rank, and expertise.

We may use our disappointments to question our expectations and perhaps ask why we seek validation outside ourselves. Our disillusion may serve as a catalyst to discover our appetite for truth through self discovery; a practice in honouring the teacher within.

Disillusion in Expectation: An Attitude for Austerity

Disillusion is born through expectations unfulfilled. Whenever we make assumptions or expect something of someone or a particular situation, we create disillusion within ourselves. Disillusion is the disappointment in the discovery of something not living up to what you believed it to be. Our minds are equipped with unparalleled powers in storytelling, which if left unchecked, may reveal great tales in assumption or expectation that cause strife through disillusion.

The remedy for disillusion would be to release any and all expectations and assumptions of people, places, and events in one’s life. Letting go of expectations may lead to a happier state of mind as one releases attachments and acknowledges the finite amount of control we have in our existence. Living free of expectations and assumptions may become a question of ego, asking you to completely reframe the ways in which you think and how you pursue a life of value and aspirations.

An attitude for austerity and the renunciation of expectations in action is revered in the Bhagavad Gita, one of the greatest philosophical texts of India. The Bhagavad Gita, in a conversation through Arjuna the Warrior and Krisha (as God), demonstrates how one shouldn’t be motivated by the fruits of action and instead act for action’s sake without attachment to a desired outcome. Hindu philosophy holds that suffering is caused by bondage to the kleshas, toxins of the mind, which include attachment and expectation through desire. The Gita is a story of how liberation and the removal of suffering is achieved only when we’ve overcome our attachments and expectations. All action should be done with a sense of detachment toward the final results.

When we release our assumptions, attachments, and expectations, we act from a place of self-control and honour our space in the universe as connected to all other beings. We acknowledge our limited capacity to control our lives, especially when concerning others. We understand the gravity of our thoughts, words, and actions, in how they shape our emotional states and attitude toward ourselves and the world. Questioning the stories that arise, self created or not, is the first step in addressing any disillusion and discovering where the truth resides.

A Question for Everything, Especially Dogma

A potential danger in any popular belief or practice is when a principle laid down by an authority figure is presented as truth. We call this dogma and it’s very dangerous in its capacity for absolutism. Dogma is problematic at its best and destructive at its worst. Religion and spirituality have equally been perceived as dogmatic through statements that present one side in an equation and dismisses and demonizes the other. Dogma lives through our religious beliefs, politics, and education systems. We must continue to question authority states, figures, and systems to overcome dogmatic practices that are brutish and belittling.

A spiritual practice is meant to transcend the small-mindedness of the ego and devastation that occurs when we act from a place of fear. During our spiritual evolution we commit to a practice of open-mindedness and compassion towards others. A lesson we may hope to learn is the practice of letting go of all that we thought we knew about ourselves, others, and the world. In this, we may realize that our path of action is not the only path, and that our way of navigating the world may or may not serve others. In this process, we may see how all beings are unique and not one set of rules or belief system will serve all beings. This is a practice of profound acceptance. It asks one to accept all as they are, unalike and varied in thought, word, and deed.

Honouring the space you take up in the world, and the space of every person you come across, is a very profound practice of acceptance. It’s an acceptance of all the suffering we share. Any attempt to project or push an agenda may reveal a moral lesson or reveal dogma. All instruction that refuses to look at itself in acknowledging a lack, questioning other beliefs, or challenging their truth, is dogmatic. When a particular method divides and conquers, repressing other systems of thought and proclaiming their own as the only/best/correct way, is dogmatic.

An open, curious mind is strongest in allowing varied experience to colour the perspective and capacity to exist in the world. No one knows what is best for you, aside from you. What may serve one community may not serve another and vice versa. We might all allow a bit more space for acceptance of others and challenge the status quo to develop our beliefs and an ethical guide to exist in harmony within the world.

Honour Your Teachers Within and Without

You cannot teach a man anything, you can only help him find it within himself.
― Galileo

Yoga was initially passed down from a teacher to the student through oral tradition and physical practice. For thousands of years, yoga has been passed down by teachers who’ve dedicated themselves to preserving the history and lineage of yoga through asana and scripture. Yoga started with the Vedic Period over 5,000 years ago. The Vedas contain the oldest yogic teachings to-date.

Many great yoga masters have assisted in spreading their wisdom and expertise to students around the world for centuries. Three teachers who’ve helped shape the art and science of yoga into what it is today, include Patanjali, Sri. T. Krishnamacharya, and B.K.S. Iyengar.

Patanjali, who lived somewhere from 500 and 200 BC, was one of the greatest Indian sages and had a profound impact on the practice and the philosophy of yoga. A philosopher and physician, he created the Yoga Sutras to include the instruction and method on all aspects of yoga practice, inclusive of asana (movement), pranayama (breath), and meditation. Patanjali’s Yoga Sutras are a fundamental piece of yoga history and a part of the yoga teachers curriculum. Read more on the Yamas to understand how to live in harmony with others, as taken from Patanjali’s Eight Limbs of Yoga.

Sri. T. Krishnamacharya, also known as the ‘father of modern yoga’, travelled all over India teaching and demonstrating yoga to assist in growing its popularity. Krishnamacharya was the eldest of six children. He was born on November 18th, 1888, and passed on February 28th, 1989. Krishnamacharya’s underlying principle in his instruction was to ‘teach what is appropriate for every individual’. His son, T.K.V. Desikachar, continued to teach and evolve his work after his death.

B.K.S. Iyengar, founder of Iyengar Yoga and author of many notable books on yoga practice and philosophy, began his own practice as a teenager. Iyengar was drawn to yoga as a relief from his illness and to make his body and mind stronger. He developed his own method of Yoga based on many years of self discipline and study. Iyengar was the only one of the three mentioned teachers who left India to teach. He was born in India on December 14th 1918, and passed on August 20th, 2014. 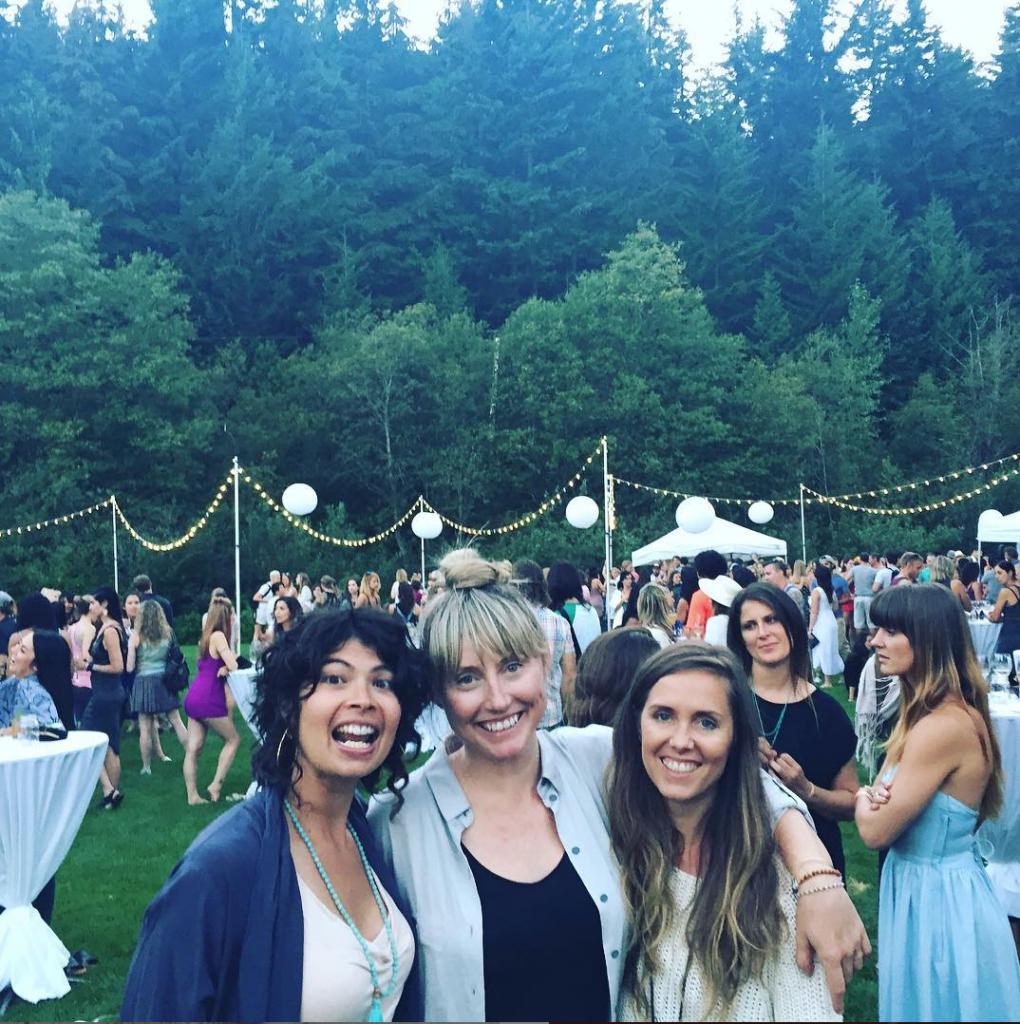 Honouring our teachers is part of the exercise in developing bhakti, devotion, to the practice. It may be the inspiration of our teachers that provide the strength to keep going and evolve. As we continue to practice, we may become more aware and honest with ourselves in what serves. We can still hold reverence for our teachers while developing our own foundation for practice and innovative ideas.

If Iyengar never questioned what was being taught, if he’d never set off on his own to understand what worked for him to make him healthy, we would not have Iyengar Yoga today.

Thank your teachers and honour all they have done for the practice, but don’t forget the teacher within.

Develop as a student and/or teacher and advance your skills,

A Quest for Truth and Self Discovery

The purpose of yoga is to revel in the divine process of self discovery. As we practice asana, pranayama, and meditation, we reveal more and more of our inner wisdom and the innate truths of the world. Truths that are revealed in the small pockets of silence and felt within. Our inner teacher is there to guide us, if we are willing to sit with ourselves, accept our situation, and listen with an open mind. Along our path we will be met with challenge as we discover an appetite for discipline, which is where our teachers will help guide and inspire.

I have a deep respect for all of my teachers as they each hold a space in my process of self discovery. In my practice, I’ve had many moments of self-doubt. My teachers, those who I see daily and those who I’ve only met through their words passed down in books, have given me strength, inspiration, and wisdom where and when I lacked. As you grow and develop your strength and confidence, you may wish to question your teachers and see what and how you could shift the teachings to accommodate. Innovative ideas, art, and science, were born from those who had the courage to question and see how they may add their own twist to an old idea. There is much to be said in preserving a tradition and history, and yet no transformation is possible if we stick to what’s already been done.

Thank your teachers. Develop a practice of devotion to honor your body, the teacher’s who’ve assisted you along the way, and your own inner wisdom that’s born through experience.

NEW THIS WEEK:
Flow with Side Crow featuring Alejandro Arce